17 Experts Share Their Opinions on the Most Beautiful Kayaking Destinations

Looking for some breathtaking views on your next kayaking adventure? We’ve compiled a list of some of the most scenic places to kayak around the world. We asked experienced paddlers to tell us about the most beautiful kayaking destinations that they’ve had the pleasure of visiting. The results are a collection of gorgeous rivers, lakes, waterfalls and more that you are sure to want to add to your kayaking bucket list.

What are the Most Beautiful Kayaking Destinations? 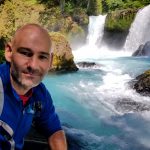 “The most beautiful kayaking destination I’ve been to in the world has to be Spirit Falls in Southern Washington State.  The pristine, blue water with a mossy green backdrop is the stuff dreams are made of.  Even though this spot is way above my skill level, I hope to one day have enough experience to drop this amazingly unique waterfall.” 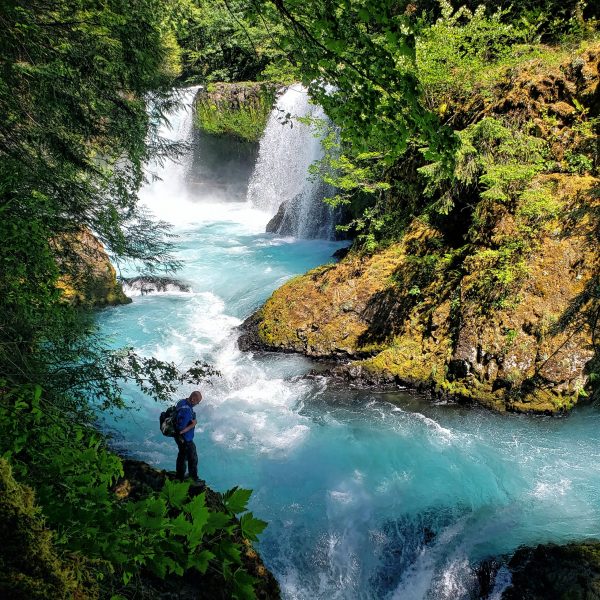 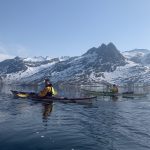 “The most beautiful place that I have ever paddled is in the northernmost region of coastal Norway, 200 kilometres above the Arctic Circle. Many paddlers are drawn to the Lofoten Islands but if you go a little higher you will find the islands of Senja, Kvaløya and Häja, Sorfugløya and Rebbenesoy. These islands aren’t just attractive in name but also in their majestic splendour. Snow capped mountains descend right to the ocean, pure white deserted beaches looked down upon by sea eagle and in the winter migrating Whale, hunting the Herring. It’s a paddling paradise…..” 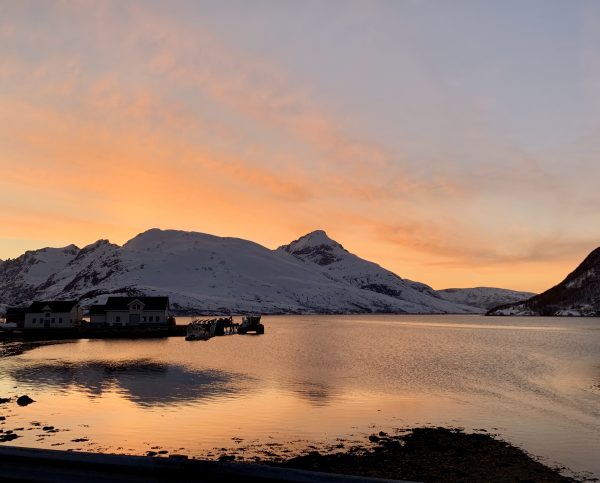 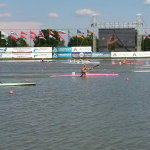 “Not necessarily the most beautiful but definitely the most exciting is the Szeged Sprint Canoe and Kayak Regatta course in Hungary. It’s like the “Super Bowl arena” of the Sprint canoe and kayak world. Thousands of loud and boisterous spectators and a stadium like atmosphere. Racing there brings out the best in athletes as the vibe and the excitement is definitely palpable. Another positive thing about Szeged is its only a few hours from one of the most beautiful cities in Europe  – Budapest!!” 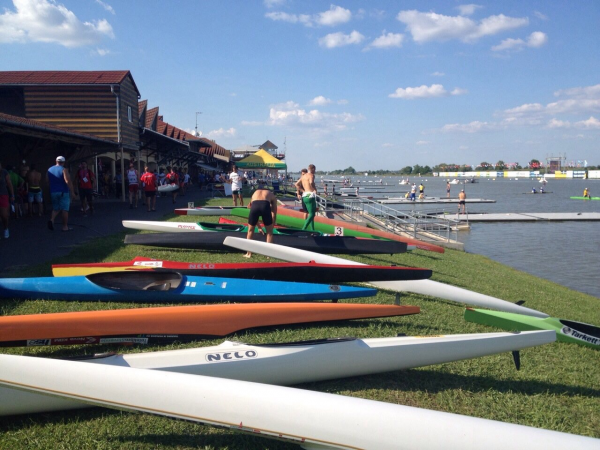 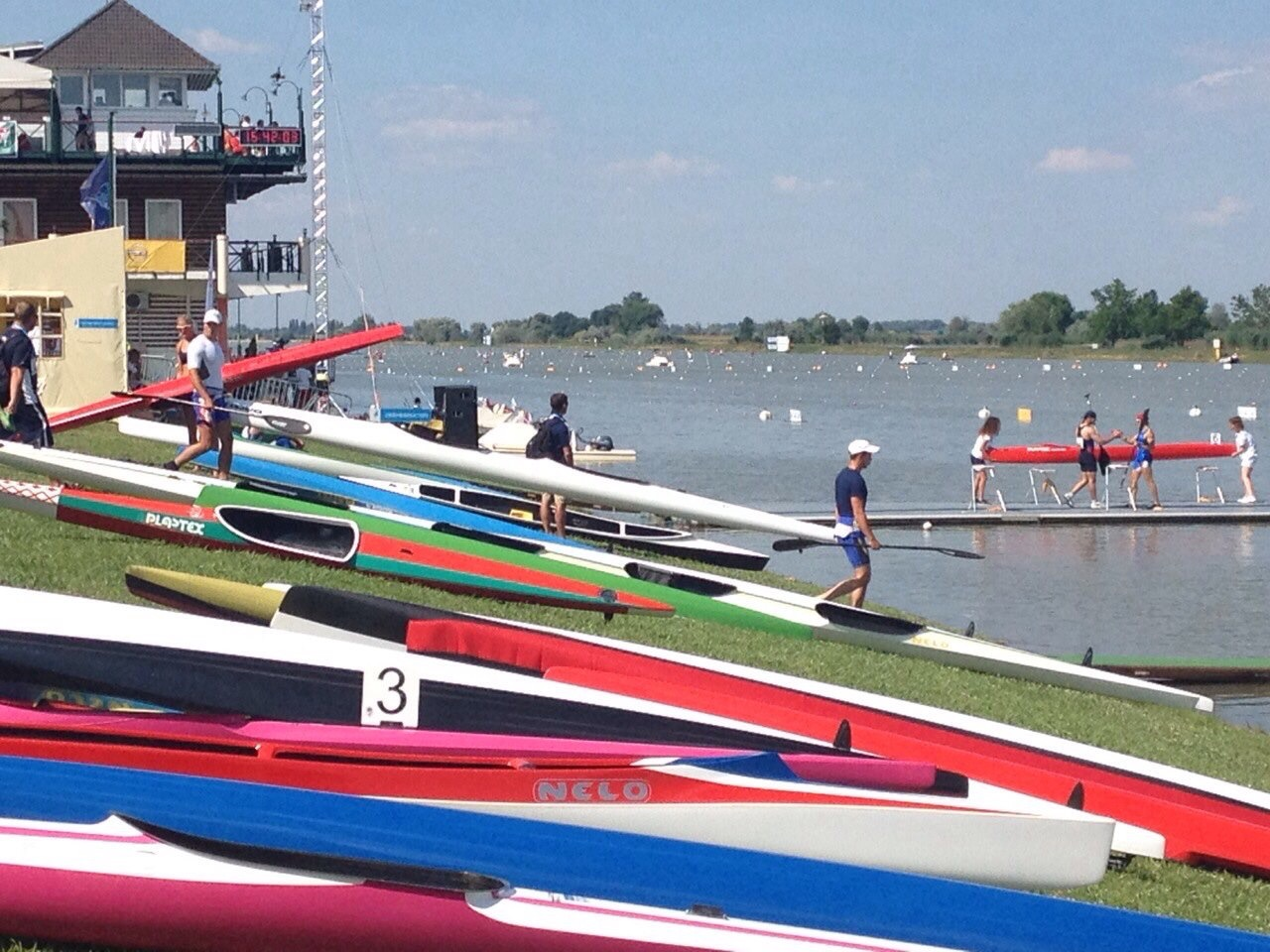 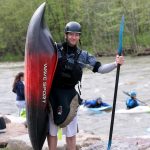 “Without a doubt, the most beautiful kayak destination is our home river, the Stonycreek River.  What makes it beautiful, and why I love it is because of how far it has come as a river and the variety that it offers. On top of the stunning scenery, the acid mine drainage has been significantly cleaned up, we’ve installed a whitewater release valve, it hosts Pennsylvania’s first man-made whitewater park, and it offers a ton of paddling variety from Class III+ white water to flat water paddling and river tubing.” 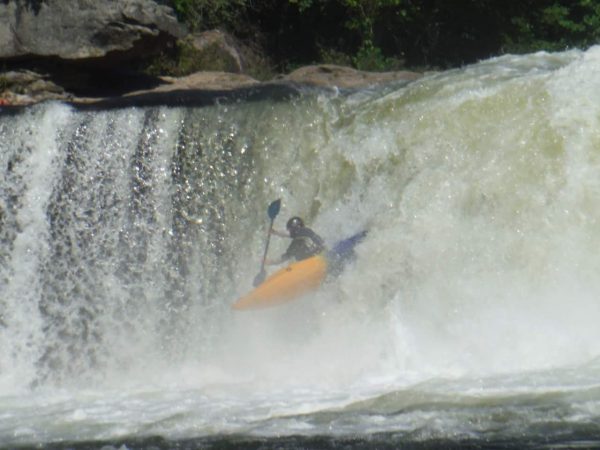 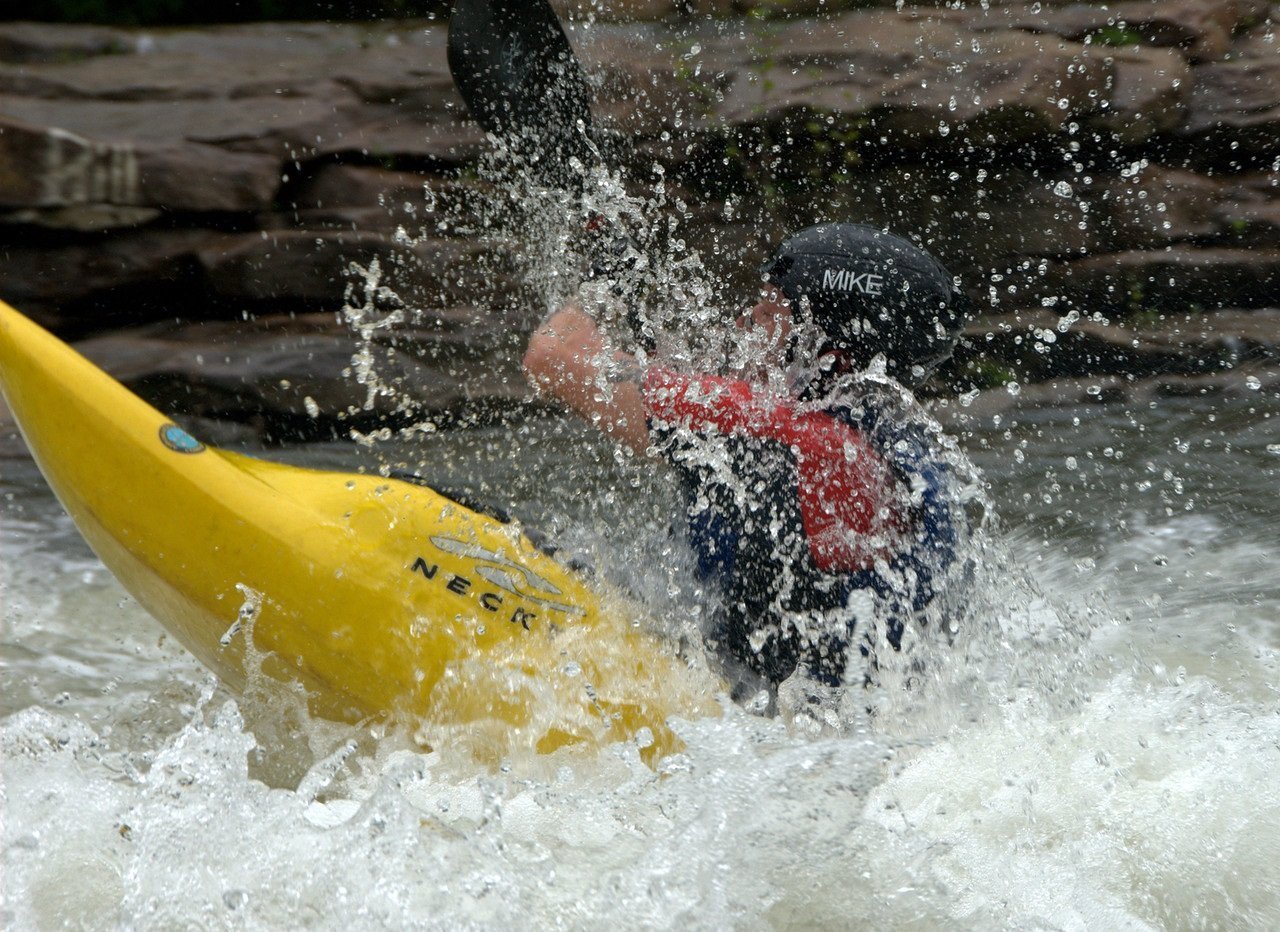 “The most beautiful Kayaking destination I have visited would have to be Canadice Lake in New York. This clear, deepwater lake is tucked in a valley between the hills of New York’s backcountry and provides scenic views as well as a peaceful time on the water. With a no motor restriction, you aren’t disturbed by boaters and the fishing there is also top notch as we found during the ANGLR Tour.” 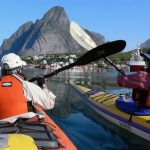 “The most beautiful place is the Lofoten Islands, Norway!” 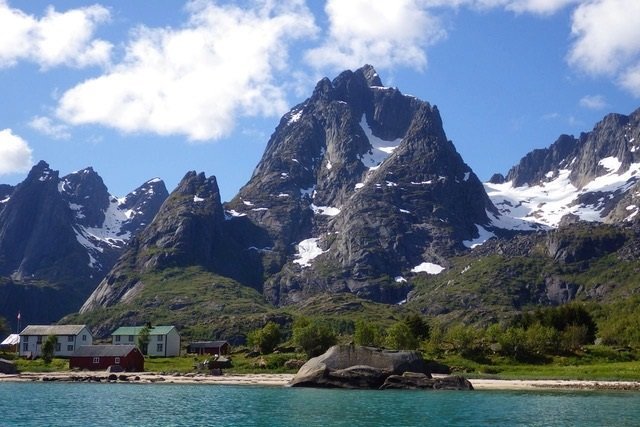 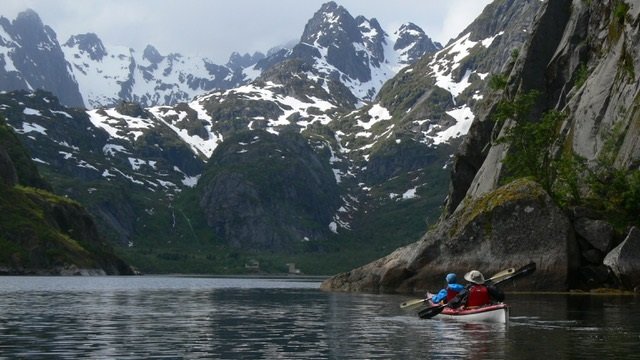 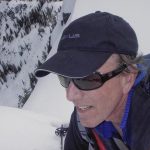 “Otter Bar Lodge is considered to be the top whitewater kayak school on the planet. Not only is their location beyond spectacular but their instructors, staff and facilities are superlative. This coupled with amazing food and week long courses that focus on everyone's individual needs makes for the experience of a lifetime.”

“A very hard question to answer, one of the many beautiful places I've paddled is the north end of Baffin Island , in the north eastern Canadian Arctic. Paddle for days without seeing the hand of man with air that is the clearest I've ever seen and amazing vistas and wildlife encounters.”

“Favorite Paddle Location: Freshwater Bay to Salt Creek Recreation Area approximately 10 miles West of Port Angeles, WA.  Along The Whale Trail, it is a diverse area for organisms from mammals to healthy tidal life, marine birds, bald eagles and invertebrates all while gliding along sandstone cliffs, mini sea caves, and seastacks. The area also boasts loads of interesting kelp and shellfish.  This stretch of coast is diverse, exciting and only accessible via kayak.”

“The most breathtaking kayaking destination I have been to was the Gunnison Gorge in Colorado at high water. The remote location, gorged out walls, and side hikes are a kayakers dream. Huge glassy waves and 14 miles of big waves has me daydreaming just thinking about it.” 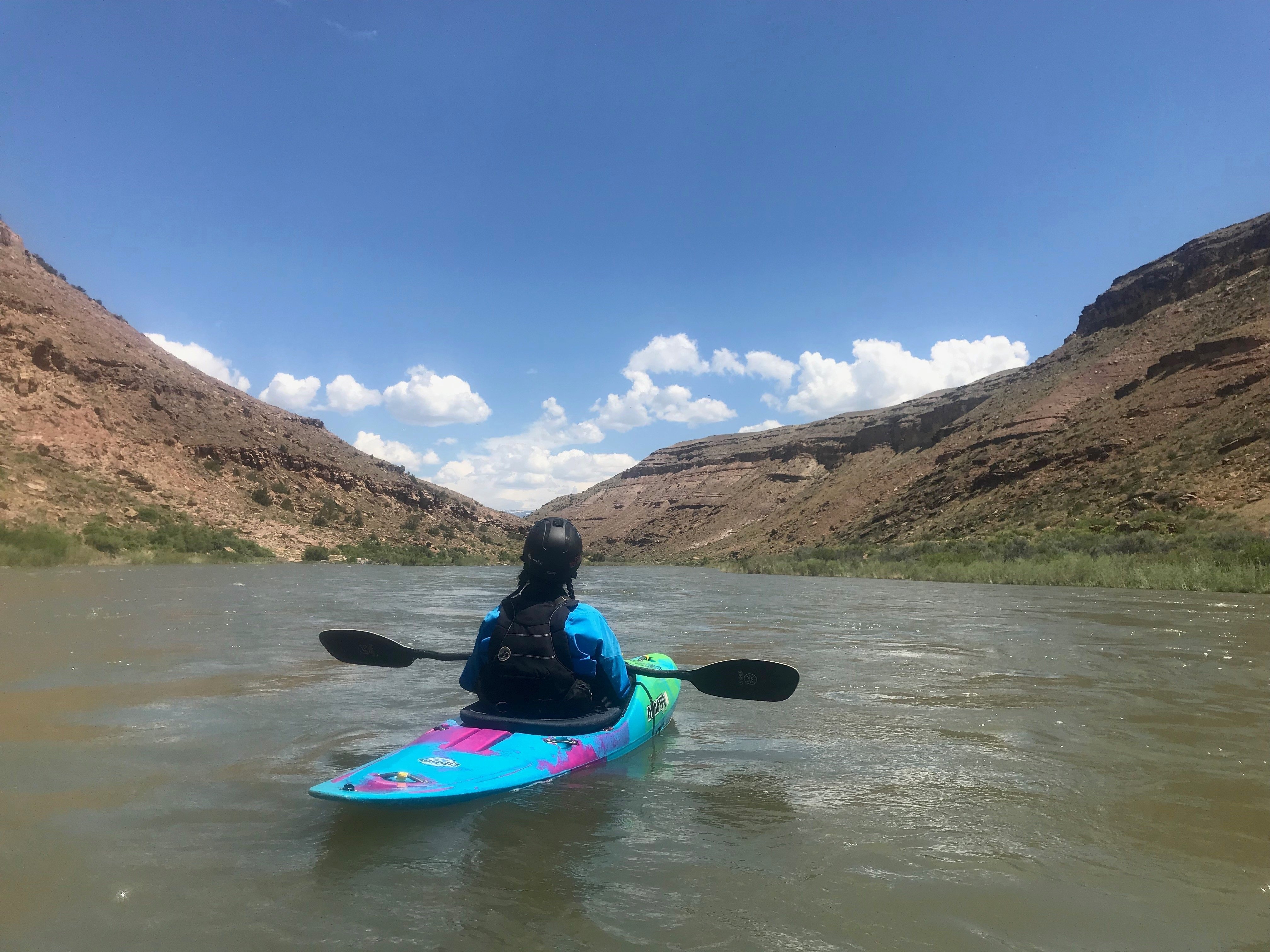 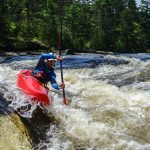 "Of course, I would definitely say that the best kayaking destination is Madawaska Kanu Centre! We offer incredible whitewater learning vacations for folks of all backgrounds on the Madawaska River. Our riverside wilderness lodge is beautiful and comfortable, whether you choose to camp or stay in our off-grid eco-cabanas. Our meal plan is locally sourced, gourmet and made with love. Paddle for 5 days straight in our most popular 5 day course, or do a weekend whitewater teaser! Check us out at Mkc.ca" 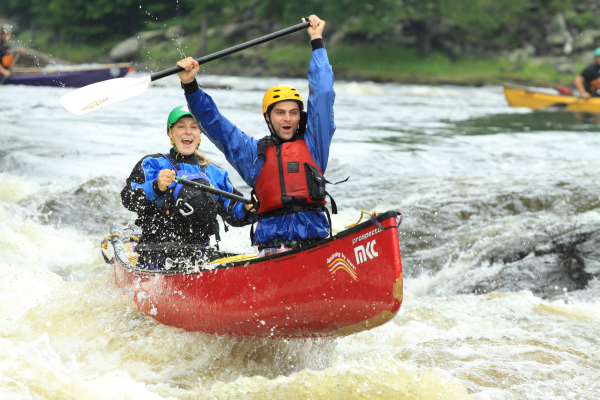 “The most beautiful kayaking destination that I have been to is the Caribbean sea off the coast of the island of Nevis, St. Kitts and Nevis. I love this destination because of its clear blue seas, warm water and the picturesque island while paddling.” 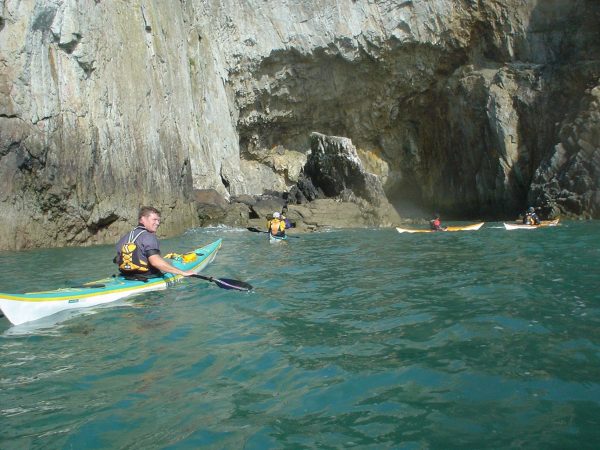 “Norway’s Lofoten Islands - These impressively scenic islands form an archipelago one hundred miles north of the Arctic Circle. It is a place of mystical landscapes illuminated by nearly continuous daylight. 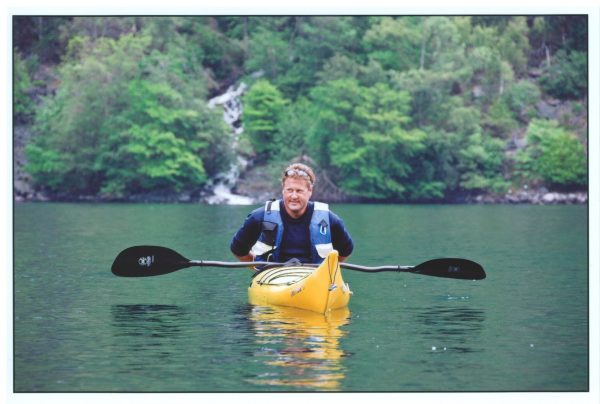 Glacially-carved, shear granite spires rise out of a sea made rich by the meeting of the warm Gulf Stream and the Arctic Ocean. The Islands are fringed with green pastureland and dotted with picturesque fishing villages each with its own unique character and dramatic mountain backdrop.
It is an outstanding paddling destination; well suited for all abilities from beginners to experts. This is a land of contrasts, from full-on summer storms to lazy high-pressure calm seas, challenging currents and surf beaches to cruising amongst islands in protected archipelagos and sharing the sea with playful seals." 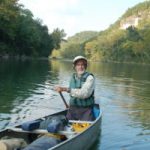 “Most beautiful river (that I have run) in Maryland: Sideling Hill Creek, which is remote, largely in public domain, and dominated by impressive rock scenery, including shale barrens so typical of that slice of Appalachia. Easy whitewater. As for most beautiful quietwater, I'd vote for Parkers Creek in Calvert Co. Remote, pristine, and permanently protected. And a challenge for the casual paddler to access. Most beautiful difficult whitewater stream would be the Upper Yough, Maryland's segment o the Youghiogheny between Sang Run and Friendsville.

Most beautiful river in lower 48 of US. Probably most would vote for the well-deserving Grand Canyon. And who could argue.  But having a bias for the more obscure and smaller rivers, my 1st vote would be for Utah's Escalante River, and remote, hard-to-catch desert run, a narrow cleft in the earth, spectacular sandstone, including arches and natural bridges. Maybe second choice would be Idaho's Bruneau, a deep basalt canyon in middle of nowhere. Good whitewater within the range of normal skilled kayakers/canoeists.

In total US/Canada, Tatshenshinni R. in BC/Yuk/Alaska. Except for one five-mile canyon, an easy river. Pure wilderness. A wonderland of glaciers and high peaks. Often described as "scenic overkill." Other choice would be the South Nahanni. A wilderness river in a national park, spectacular mountain and canyon scenery, one of North America' mightiest waterfalls. Both are world heritage sites, I think.

In world, obviously I have experienced but a small sample. But my hands-down favorites are these two: The Tara River in Bosnia and Montenegro. Europe's deepest canyon. Semi wilderness. Lush. Exotic. Water crystal clear and probably clean enough to drink. Other favorites are France's Ardeche and Gorge du Verdon. Both cut through multicolored limestone. Ardeche is simple enough for anybody to navigate, wilderness by French standards, lush, and starts by passing under an enormous natural bridge. The Verdon is for experts, but it is a slot canyon of huge proportions and navigation of it includes paddling underground.”

“I love to Paddle the Muskegon River from Croton Dam to Ed Henning Park, near Newaygo, MI.  The river is fast but fun, and has a mix of beautiful high banks, and sand beaches.  It is the perfect spot for a float trip, with camping, hiking, and fishing all right there.” 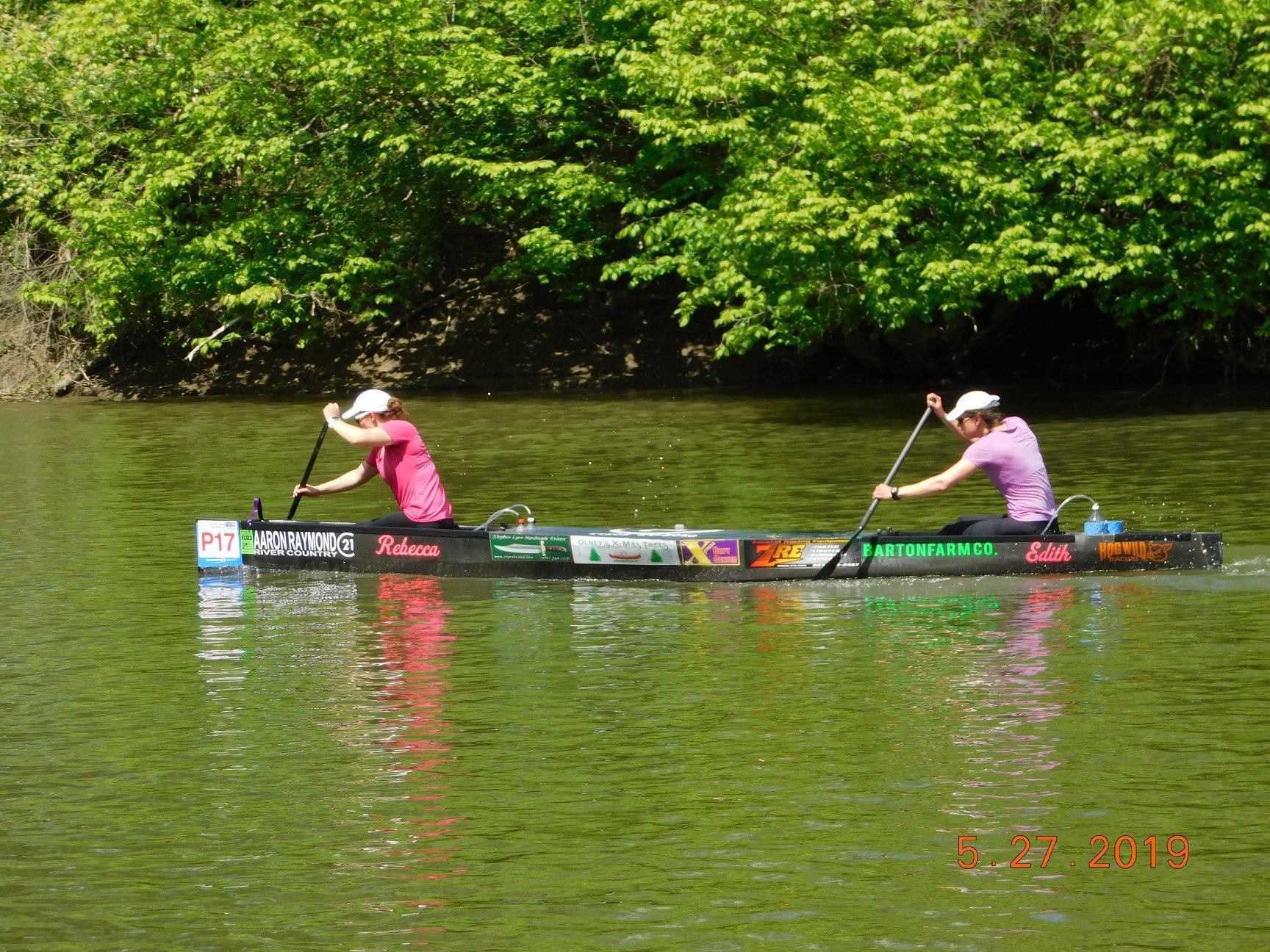 “The most beautiful place that I have ever kayaked would have to be at Lake
Louise in British Columbia Canada. The lake is one of the most picturesque
in the world, and the blue water that is shown in photos around the world,
really is like that! Everyone always wonders why Lake Louise is so blue,
and I have to tell you, I did not know myself until I asked a local expert!
The lake is fed from glaciers, and as they melt, the tiny dirt and sand
particles flow into the water. They are not very dense and are suspended in
the water for a long time. It is almost like flour in water. When the sun
shines, the lake reflects the light and you see the beautiful turquoise
waters.” 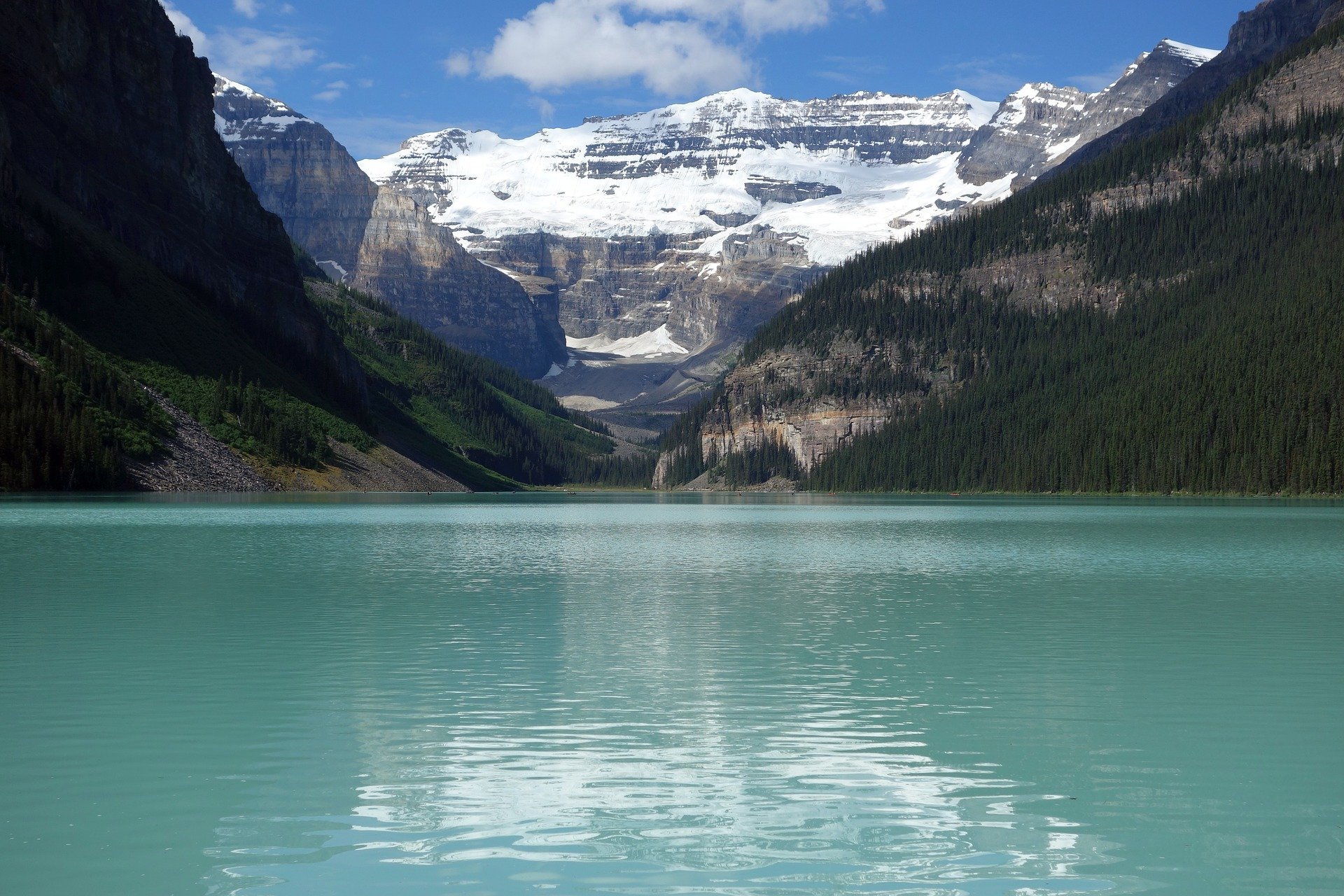 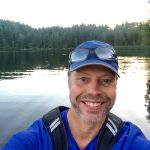 “It is a question often asked when people discover the years and number of paddles I have logged.  The question is often difficult to answer but there is one stellar place that when I close my eyes, I still see it vividly and have a call to return.

Abel Tasman National Park, South Island, New Zealand.  The diversity of the paddle is what makes it so outstanding.   Ranging from deep cobalt blue, to turquoise green, to a crazy eye watering yellow sheen (aptly called Gold Bay/Beach).   The water was so clear the kayak seemed to float in mid-air and the paddle struck water inches from where your eyes registered the water's surface.  Everyday of the 5 day expedition I thought, it doesn’t get more beautiful than this…then it did…again.

The terrain setting of the area is a rainforest befitting of Jurassic Park and I expected to see a dinosaur or two on the cliffs. An amazing early morning paddle with the sunrise was watching a 20 foot tall Fern (NZ Tree Fern/ "Dicksonia squarrosa") leaning over a cliff uncurl as the sun began to hit it and my kayak.” 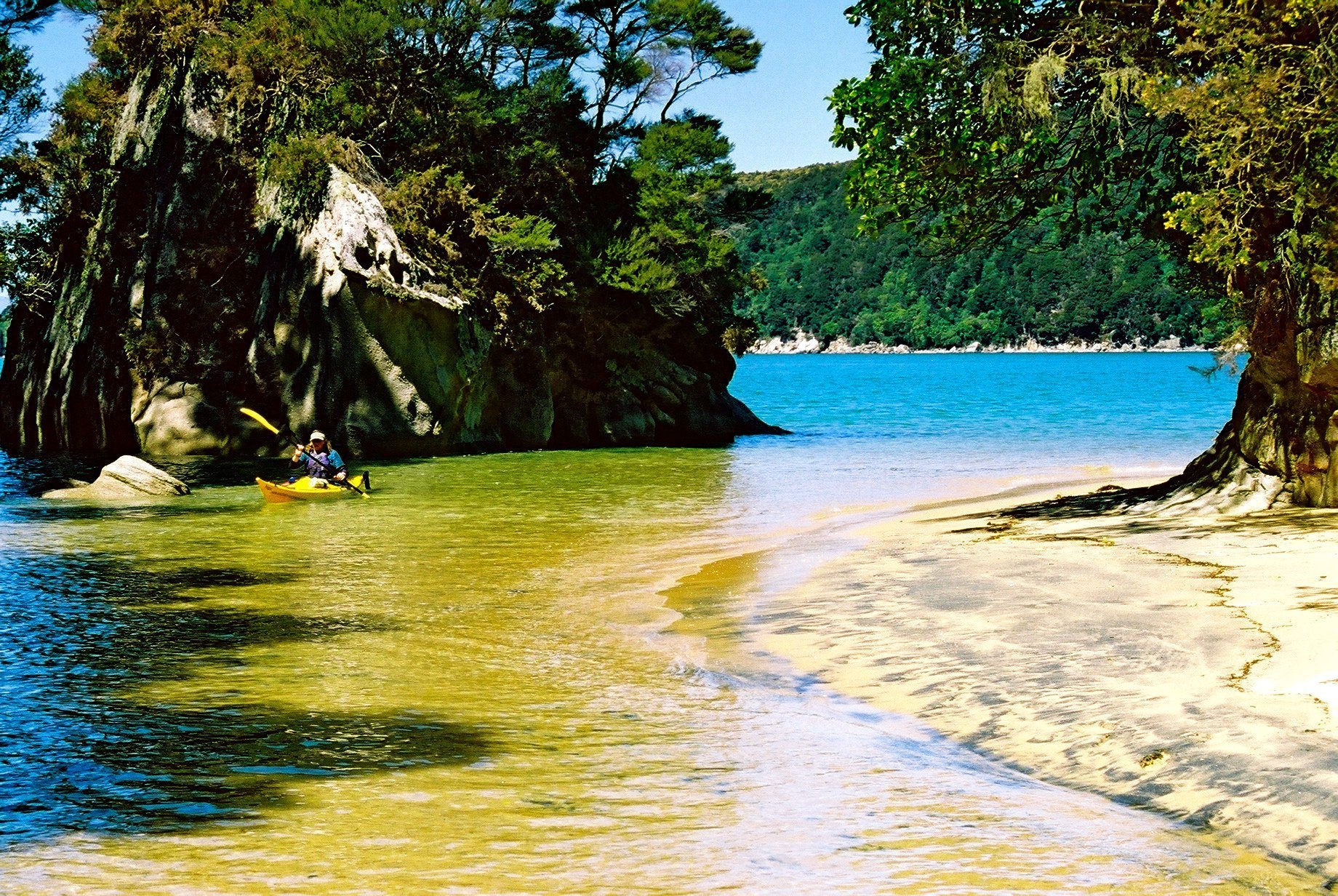 There are so many beautiful kayaking destinations in the world, its hard to pick a favorite. Thankfully all of these experienced paddlers did it for us, so we don't have to! I don't know about you, but I have certainly added some locations to my list of places I want to kayak before I die. Have you been to any of these places or want to add to the list? Let us know if the comments below!